…It was the sound that eventually brought Verb back round; his brain as foggy as the city outside the joke shop window. Simile was gone and had veiled the front window of the store with a thick, black curtain. Fog clung to the small window on the wall behind him that Simile had not covered, creating a funnel of white in the darkness. Verb blinked hard, trying to restore his vision, shaking off the potent cocktail of drugs that lingered in his system.

His hands were bound to his knees by thick rope like someone had turned him into a medieval suckling pig in preparation for a banquet. At least they had stopped before inserting the apple.

As his focus slowly returned, he could see that he was surrounded by a ring of T.N.T. Between each stick of dynamite in the circle was a clock. Simile had removed the hands from the face of every timepiece, yet still they ticked, all in sync. Toc…Toc…Toc… 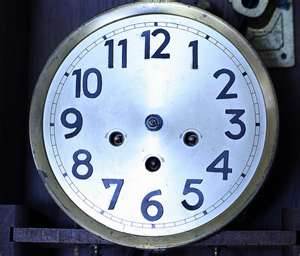 There would be no anticipation of a countdown. No warning of when he would take his last breath. Yet Verb would not be alone in these moments as hovering above him was the young spectre. Man and ghost, both tricked and trapped by the devious Simon Simile, a.k.a The Grinner.

This whole masquerade had been set up to kill the one man Simile believed could catch him – Deed Verb.

There was little time to ponder bad choices and karma as Verb struggled against his ties and the rope gag that stretched his mouth to match the carved smile on the spectre. Simile was no fool though. A villain of such magnitude was not going to tie one poor knot after carrying out such an intricate plot to trap his prey.

Verb stared down at the wooden floor beside the spirit trap markings, in search of a loose board, a splinter or an old nail sticking out of the floor, but there was nothing. Simile had left nothing to chance.

Maybe if he knocked something over or made a noise, Prophet, would hear him from across the road. It would be simple for Simile to sneak out under the cover of the fog, but surely his able chauffeur would return to check on him. As if his thoughts triggered the action, Verb was caught in the familiar green-tinted glow of an x-ray searchlight, the electromagnetic beams radiating through the small side window of the store. He knew the owner of this device well.

“Maleficent!” he moaned as he was embraced by the electrons. 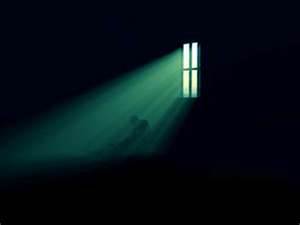 Help was coming but would Maleficent be too late?

Spectres couldn’t talk, unless they were channelled through those that were born to do so. He wasn’t expecting a response, but something had to be said.

“I’m sorry,” He lifted his head and stared into the faded eyes of the young ghost. It was a feeble attempt to comfort and apologise to this dead child for ignoring his parent’s pleas whilst he was alive. The irony was not lost on him that now his fate and the fate of one of Simile’s many victims were entwined. It was true that this boy was dead, but there was still a chance that he could free his spirit from Simile’s evil trap. If not, the spectre would be locked in this place for all eternity.

There was no countdown clock, no villain reveal and no elaborate confession forthcoming. Simile was gone. He was simply getting rid of a problem, nothing more, nothing less.

When the bang came Verb closed his eyes convinced the shop had exploded, until a familiar silhouette flashed against the far wall. The gothic outline of swishing hair, boots and that long green leather coat widened his eyes and they sparked with hope.

Maleficent ran to his side and cut through the ropes with the emerald dagger that she kept in her boots. As she leaned over him she kissed his cheek and her eyes crackled with electricity.

“Good timing,” he said, flexing his mouth after spitting out the gag. “Your searchlight was most certainly a sight for drugged eyes, as are you of course,” he grinned.

“Well, you are the light in my life, I didn’t want you snuffing out just yet,” she smirked and helped him to his feet.

“I appreciate the sentiment, truly…” he smiled, “but we must make haste.”

“He whom the gods love dies young,” said Proverb.

“Er, thanks, Proverb, but let’s not give up just yet…There may be no hands on these clocks, but we may still have time…”

“Time is the only critic without ambition, they say, but I believe that Proverb was talking to the child, Verb,” said Maleficient, staring into the sorrowful eyes of the spirit locked inside the eternal trap.

The clocks had stopped ticking.

In the silence, Verb became lost in the electric eyes of Maleficent Metaphor, that held him until the explosion… 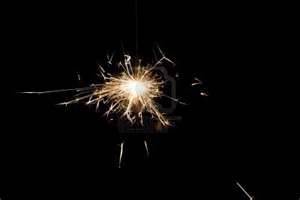 Streamers and party poppers erupted as sparklers and Catherine Wheels were set off around the store. The echo of recorded laughter rang out around them until the room fell silent once more. What was this?

If Simile had lured him here for a prank then he had misjudged this villian. But this was not about killing an opponent and taking him out of the game. This was about making him want to play. Rolling the dice. A new game had begun and this was Simile’s invitation to Verb.

“We’re taking the Grinner case, Maleficent!” he said, nodding with conviction. She nodded back, and in that second her eyes seemed darker than even Simile’s warped mind.

Follow the Link for the final installment of the Case of Simon Simile – Episode 6: Closure

3 thoughts on “Deed Verb: The Case of Simon Simile: Episode 5”